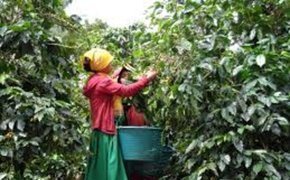 Forced labour: this slavery that doesn’t say its name

RHSF in the media Forced Labour

There are 20 million people trafficked into human trafficking or forced labour around the world every year. France is also concerned.

Martine Combemale, founder of Ressources Humaines Sans Frontières, speaks at the microphone of Radio Présence alongside Sylvie O’Dy, President of the Committee Against Modern Slavery.

Listen here to the interview broadcast on April 28th on Radio Présence.