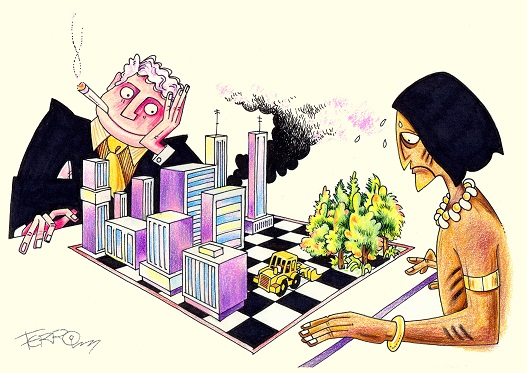 Cop 21 at the Grand Palais: round table open to all organised by RHSF “climate change, migration, forced labour”.

“Effects of climate change on migration and forced labour”.

Take part in the round table organised by RHSF on 10 December from 2.30 to 3.30 pm at the Grand Palais, with Caritas international, Sherpa, CSR and PED, CCEM (Committee against Modern Slavery) and RHSF.
This round table is open to the general public. Come and join the discussions on the Energies 2050 stand.

Description and issues of the round table :

Forced labour affects more than 20 million workers worldwide. Most of them are migrants, and are vulnerable precisely because they have had to leave their homes. Climate change is an important and growing cause of migration. The aim of this round table will be to show what concrete actions can be taken with subcontractors and suppliers in France and abroad that have an impact on human rights at work.

Climate change and its consequences on forced migration, forced labour and child labour are now included in the book “Forced Labour: Behind the Barcode“.