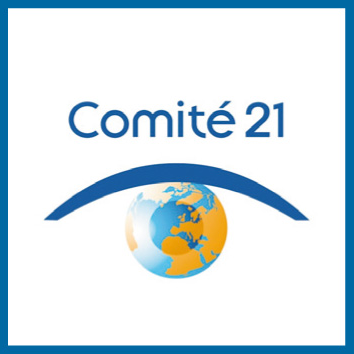 What appropriation of the Sustainable Development Objectives by French non-state actors?

Since 2016, France has been committed to the implementation of Agenda 2030, composed of 17 Sustainable Development Goals (SDOs) adopted in 2015, to be achieved over the next 15 years. These SDOs renew the Rio 1992 roadmap and Agenda 21, from which Committee 21 was created. They are addressed to all countries and involve all actors, particularly non-state actors, in the dynamics of virtuous, sustainable and fair development. For Bettina Laville, President of Comité 21, “their universal scope sets out for the 21st century the directions of a connected world, weaving a fabric of solidarity between individuals and groups”. But after more than a year of implementation, what is the state of ownership of SDOs by French non-state actors?

Comité 21 publishes a report on this issue, the result of a collective work with its members and partners.

The result of a collective work, this report identifies numerous concrete initiatives, but often too isolated, and aims to initiate partnerships and coalitions that will allow the progressive massification of good practices and behaviours in order to promote the acculturation of NSAs in French society. This first edition presents and analyses the contributions of a sample of 49 voluntary non-state actors, representatives of companies, local authorities, the world of education, NGOs and research, most of whom are members of Comité 21. It will be enriched in 2018 and 2019 by other competitions, notably by local and regional actors in the framework of a “Tour de France of SDOs” which will start this year. The three questions put to the contributors concerned both: a general assessment of the state of awareness of French non-state actors on Agenda 2030 and its 17 SDOs by mid-2017; the tools available to actors for the use, implementation and evaluation of this new universal framework constituted by the SDOs; and the recommendations to be made for their better appropriation.

On the whole, knowledge of the SDOs and their appropriation are still judged to be limited and superficial, both because these Objectives are relatively recent and still reserved for insiders, but also because their declination may seem difficult, due to their universality, the number of targets targeted and their interrelationships. For Martine Combemale, founding director of the NGO Ressources Humaines Sans Frontières, “the appropriation of the MDGs is above all a question of information and awareness-raising as close as possible to the concerns in the field”. For them to be appropriate and implemented, one of the main challenges lies in the territorialisation of SDOs. For Alain Rousset, President of the New Aquitaine region, “SDOs are an opportunity to give meaning to public action”. At the same time, the contributions report a real increase in the awareness of the actors and a full awareness that SDOs represent a real opportunity – RHSF Press Review – 4 to adapt and rethink our socio-economic model for a “universal, integrated and transformative vision for a better world”, desired, through Agenda 2030, by Ban Ki-Moon and his successor, António Guterres. Thus, the majority of companies believe that they must take up the SDOs as a reference point for progress, synergy and accountability for the path that remains to be travelled. Faced with this mixed picture, the authors of the contributions make a number of recommendations to improve civil society’s knowledge and ownership of SDOs, which can be classified into several groups: political and strategic mobilisation; platforms and networks; evaluation and monitoring tools; financial resources; participation and citizenship; development aid and international cooperation. This collective publication therefore writes a few lines of the story that the SDOs offer to the inhabitants of the planet: a new common culture and the expression of a new ecological citizenship; the design of a renewed international and European openness, in reaction to the temptations of fear and withdrawal and as the bearer of a new globalisation; the affirmation of our responsibility, both individual and collective, to give meaning to public action as well as to our private commitments; a shared vision, through dialogue and exchange between the stakeholders.

This report and these voluntary contributions will be included in the basket that France will bring to the High-Level Political Forum organized by the United Nations, which will be held this year from 10 to 19 July and which, each year, will examine the proper application of the SDOs.