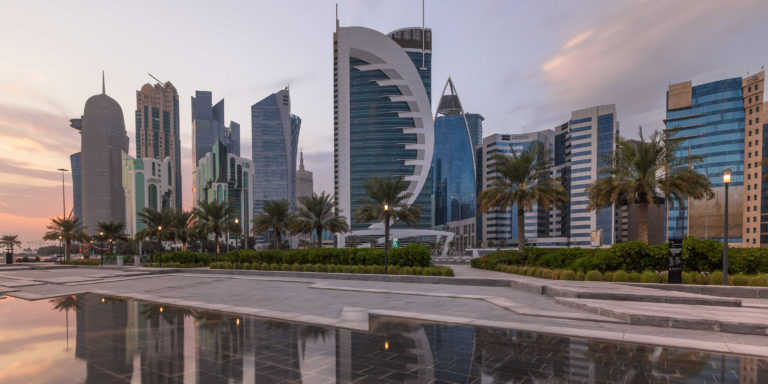 Situation of migrant workers in Qatar: the imperative of fair recruitment

Three years before the Football World Cup 2022, the head of the International Labour Organisation (ILO) project office in Qatar, Houtan Homayounpour, in an interview with the daily La Dépêche du Midi on 3 November, welcomed the measures recently adopted in that country to facilitate the free movement of immigrant workers. But the issue of their recruitment is also a key point to ensure that they will not be subjected to situations of forced labour.

In Qatar, foreign workers mostly come from neighbouring Asian countries (Philippines, India, Pakistan, Bangladesh…) and have to use the services of recruitment agencies based in their countries. These agencies sometimes charge them recruitment fees equivalent to several years’ salary, placing them in situations of forced labour to pay off their debts. They may also mislead the worker about the nature of the work and the remuneration, making him or her sign successive contracts in a language he or she does not understand.

Reforms begun in early September on free exit from the country, the possibility of changing employers or the assurance of a minimum wage are a step forward. But the prevention of the risks of forced labour also requires respect for the principles of fair recruitment, promoted by the ILO, allowing free and informed consent of the worker: delivery of a contract in the worker’s language, a contract that cannot be modified without his consent, recruitment costs to be paid by the employer and not by the worker…

Qatar and the ILO have initiated actions in this direction: reimbursement by some companies of their recruitment costs to tens of thousands of workers, creation of visa issuing centres in the countries of origin to enable workers to sign transparent contracts in their own language before their departure…

Necessary efforts, which must be accompanied by work on the economic model of recruitment channels.

The NGO Human Resources Without Borders acts against forced labour and child labour. Fair recruitment is at the heart of its actions. For more information on this subject: https://www.rhsansfrontieres.org/en/rhsf-in-the-field/