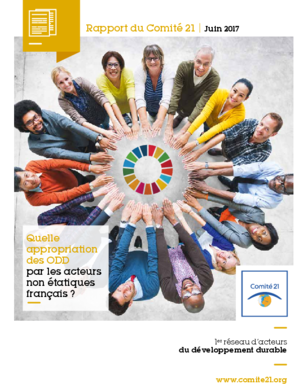 Discover the report “Appropriation of SDOs by the French stakeholders” of Committee 21!

RHSF in the media Decent Work

” The report ” Appropriation of SDOs by French stakeholders” of the Comité 21 has been released. The FWP is a contributor to give its analysis on the SDO6 on water alongside several of its members.

The Comité 21, the first network of sustainable development actors in France, initiated in 2017 a report to assess the level of ownership of Agenda 2030 and its 17 SDOs by French non-state actors. Resulting from a collective work, this report identifies many concrete initiatives, but often too isolated, and aims to initiate partnerships and coalitions allowing the progressive massification of good practices and behaviours in order to promote the acculturation of SDOs in French society”.